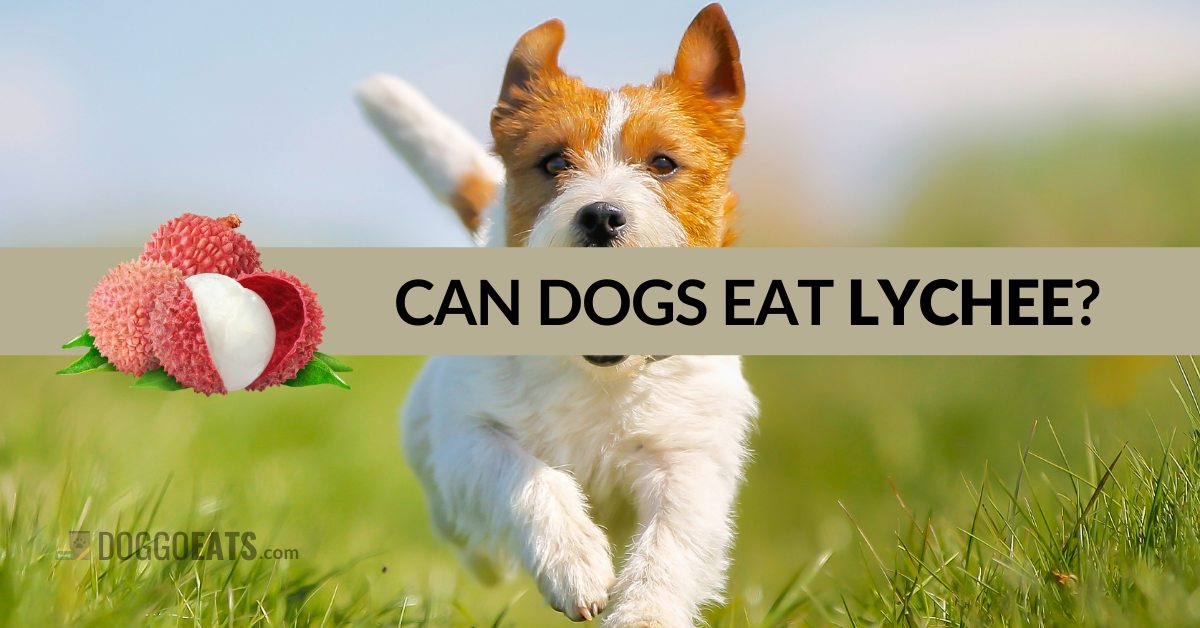 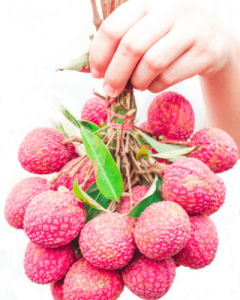 In our continued quest to find what sustainable food options we can share with our dogs, the question we’re solving today is that of can dogs eat lychee.

This tropical fruit has captured audiences because of its attractive pink color and satisfying taste of fruits and florals.

They look great in many dishes and also are a natural source of many vitamins and antioxidants.

If lychee is something you’ve been adding to your breakfast smoothies, or if you’re interested in sharing some with your dog, take a look at the information below to get the facts.

Yes! It is safe for dogs to eat a reasonable amount of lychee. However, unripe lychee and seeds or peel are dangerous and should not be eaten by any dogs or humans.

What is a Lychee?

To put it simply, lychee is a small pinkish tropical fruit with a sweet flavor. Think cute tiny strawberry. It’s mainly native to China and Southeast Asia and has been used in their cuisine for thousands of years.

However, modern advances in agriculture have made it possible to grow lychee in other locations, such as Florida. The fruit is small and berry-like, with easy-to-peel inedible bumpy skin.

The tiny berry contains a voluminous hearty white interior, and while it is often consumed alone, it can be easily added to a variety of fruit dishes. It adds vibrant color to most recipes, and its white flesh has a floral-fruit taste that is pleasing.

The lychee is in season in late spring-summer, where it can be purchased fresh. There is also canned lychee which is available all year but contains added preservatives. 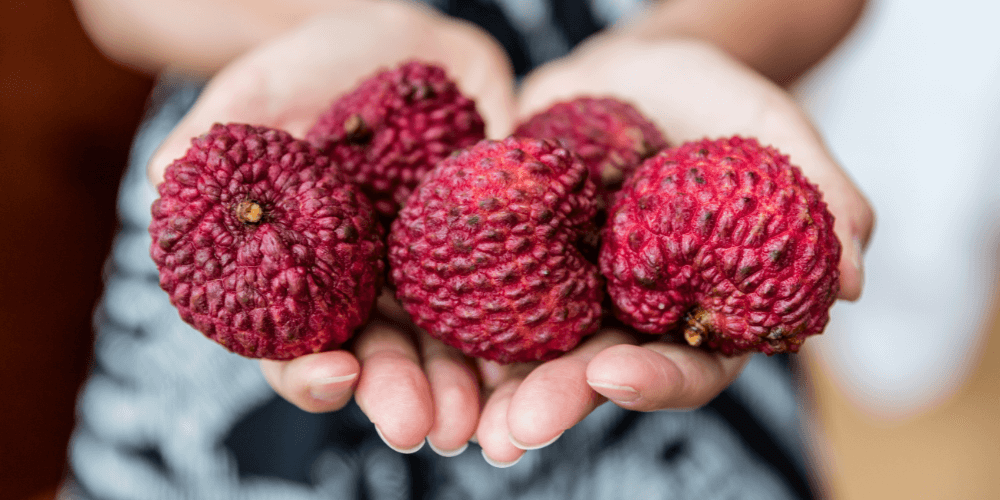 So… Can Dogs Eat Lychee? 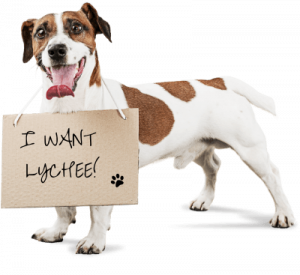 There are no reported side effects yet caused by Lychee to canines, but their safety is still under question. In theory, there shouldn’t be any chemicals on them that will cause the dog harm.

Lychee, also known as an alligator strawberry, should have its skin and seed pits removed before being fed to dogs or children.

This is to avoid any potential choking hazard, although the skin itself is not shown to be toxic. It is not recommended serving canned lychee to your dogs, as the added preservatives and sugar can be harmful. 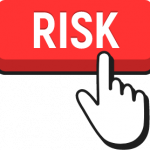 One of the potential dangers of lychee is that the seed and peel can get stuck in your dog’s intestinal tract and cause injury.

Although Lychee is a healthy snack, it can cause some serious health problems for pets if they consume too many of them.

Be careful not to feed your dogs too much lychee as the fruit is high in fiber and can upset their stomach, which, as dog owners know, is not a fun adventure.

One thing to watch out for when it comes to dogs eating lychees is the potential for cyanide poisoning. There have been cases reported of dogs being poisoned by high doses of lychee, and this type of poisoning is deadly.

If you’re concerned that your pet has eaten too many lychees, or if you know they’ve ingested the seeds from the fruit, be sure to contact your vet.

Small dogs and puppies should be served no more than 2-4 lychees per day. Canine owners need to pay attention to how their dogs are reacting to the lychee.

If the dogs show any signs of fatigue or discomfort, it is advised that they discontinue the following servings.

We cannot consider lychee as a perfectly safe fruit for our canine companions because of potential health risks.

MCPG and saponins are mostly found in unripe lychee than in ripe Lychee. These are both toxins that could cause gastrointestinal or cardiovascular disease in dogs.

The dark green and hard, edible-looking seed can carry an inherent toxin called hypoglycin A, which can cause extreme damage to their system if ingested in large amounts.

It is vital for dog owners to keep all fresh lychee out of their dog’s reach.

nutritional benefits of lychee for dogs 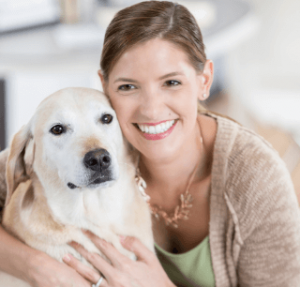 Although lychee may be a super fruit for people, there isn’t enough research to support the same conclusion for dogs. Dogs, unlike humans, are usually born with a sufficient amount of vitamin C and some of the other benefits found in this fruit.

Adding in an excess amount could cause an upset stomach for your pup because of the increased acidity level. To be safe, stick to giving your pet tiny amounts or avoid giving them lychee entirely and opt for more nutritious options.

According to Healthline, lychee is an excellent source of vitamin C, copper, and potassium. Vitamin C is a powerful tool in helping our immune system and is vital for skin health.

In addition, lychee has potassium, which is good for heart health and helping the nervous system and muscles contract.

Who knew that these powerful vitamins and minerals could be found in something so tiny and sweet!

This fruit also contains b vitamins and vitamin A, which are also found in carrots and sweet potatoes. Vitamin B is essential to your dog’s mood, nervous system, and immune function.

Your dog’s body converts beta-carotene into vitamin A, which is an anti-oxidant.

Lychee fruit can help your pet keep his or her immune system strong to fight off illness. Due to the high levels of acidity in lychees, it’s actually not recommended for dogs with sensitive stomachs or those that frequently throw up or have diarrhea.

If you are worried your dog doesn’t have enough fiber in its diet, this fruit can be beneficial for them because lychee is high in it.

Where Can I Purchase Lychee For My Dog And I?

If you aren’t in an area that produces lychee, it can be very tricky to find. Their harvest time is spring-summer, so that is when you’ll have the best luck.

Although most stores won’t carry fresh lychee, with its rapid growth and popularity over the last decade, you may be able to find canned lychee.

This will work well in recipes, as canned lychee usually have a heightened flavor because of the preservatives. However, canned lychee is not to be given to dogs, as mentioned earlier.

When selecting fresh lychee to purchase, look for fruits 1 inch (2.54 cm) in diameter with a bright red color. It also helps to squeeze the lychee lightly; look for ones that feel a little squishy but not too soft, as being too soft can indicate over-ripeness.

Fresh and healthy lychee also gives off an extraordinary floral aroma that can be recognized, while lighter color denotes freshness.

What happens if my dog eats a whole lychee? 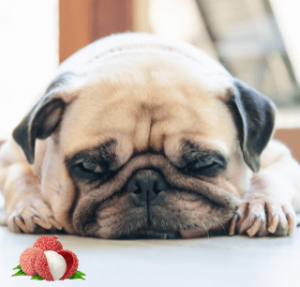 If your dog eats a whole lychee, don’t panic. It won’t hurt him or her, but it isn’t the best idea for dogs either.

Although lychee is not toxic to dogs in small amounts, too much can upset their stomach and cause diarrhea or vomiting. Dogs who frequently throw up should avoid eating this snack as well.

It’s always good practice to monitor your dog’s reaction after giving them a new food, just in case.

Smaller dogs tend to have more sensitive stomachs than bigger breeds, so they might have a more negative reaction than larger breeds when being given new foods.

If you see signs of distress from your dog after he or she eats lychee for the first time, leave this fruit off their menu from then on out!

The big potential medical risk for dogs eating an entire lychee is chocking. Since lychees could reach the size of a golf ball, your dog might not be able to swallow it whole and will wind up choking.

Make sure you are nearby if this happens so that you can make sure they don’t choke on it!

Watch your dog for signs of difficulty breathing or trouble swallowing after eating lychee.

If you notice any of these signs, give your dog a drink or perform the comical Heimlich maneuver to get rid of any excess lychee that might be stuck in his throat.

Contact a veterinarian immediately if they have difficulty breathing and an x-ray is needed to determine if anything remains lodged in their throat.

In Conclusion: Can Dogs Eat Lychee? 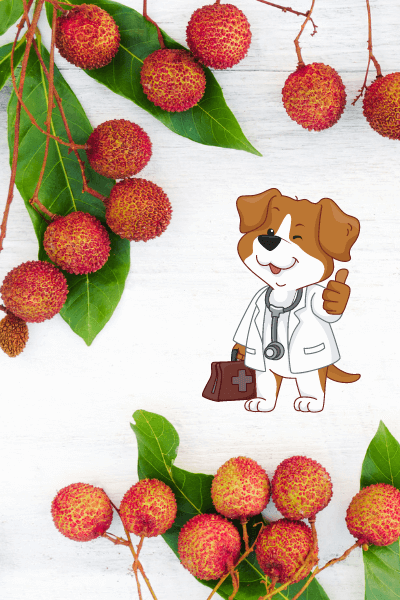 Dogs can be given lychee, peeled, and in very small amounts. Our research doesn’t consider this little fruit a super nutritious option for dogs, but it isn’t toxic.

While it might not be the best thing to give our pups, lychee makes a great addition to human recipes. Its floral and fruity flavor will add a touch of color to almost anything, and it’s a refreshing companion for the summer.

Take a look at the recipe below for one of our favorite ways to use lychee. Bonus is that your dog will be able to have a little lick of this recipe as the ingredients are non-toxic. 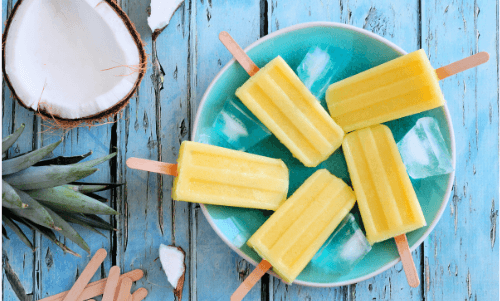 Mix all ingredients in a blender until smooth.

Do not add sugar. The coconut water and lychee will already contain natural sugars. Pour the mixture into the popsicle mold and freeze until solid.

These super refreshing popsicles are great ways to keep your dog happy and refreshed throughout the summer, and the added coconut water makes them extra-hydrating..

Watch This Article In Video: 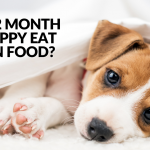 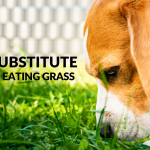 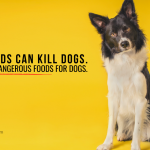 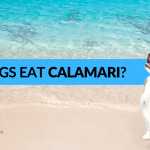 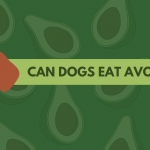 Can Dogs Eat Avocado? Benefits & What To Avoid

Updated: August 2021 One of the most common questions we get is, can dogs eat